When comparing the data to the same week in the previous year, there was a -42.84% decrease in initial claims, and a -67.63% decrease in total claims. There was a large over-the-year decrease in the amount of insurance claims filed due to unemployment.

When comparing the week of May 14, to the same week in the pre-pandemic year, 2019, the number of initial claims was 4% larger, and the number of total claims decreased by -7.50% after the pandemic. 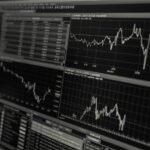