In an attempt to increase investment incentives and with it, stimulate the economic growth of the World’s 6th biggest economy, the United Kingdom’s Prime Minister, Liz Truss, signed off on a £45bn tax-cutting package. Measures such as this one are considered to be controversial and bold actions, especially given the current precarious state of the economic conjuncture.

However, when questioned by her decisions, the Prime Minister firmly pleads that she had to mitigate the burden of facing the highest tax rates in the past 70 years. As expected, said tax cuts have encountered several critics from multiple entities, such as central bankers, investors, top U.S. officials, and the International Monetary Fund who have made clear oppositional comments around Truss’ decision. This based on the risks implied with the slashing off taxes which could end up exacerbating rapid inflation, government debt, and hence result in market destabilization as well.

Moreover, and as a matter of fact, The Bank of England has already taken action to prevent Inflation. Amongst the measures taken by the national bank is the buying of long-term government bonds, which would help ease up government debt and, hopefully, therefore help stabilize market bonds.

Nevertheless, despite their intents, the markets have fallen. Indexes such as S&P, Dow, the Shanghai Composite, Nikkei in Tokyo, Kospi in Seoul, and Sensex in India, amongst others, have all surged since the Prime Minister’s allegations. 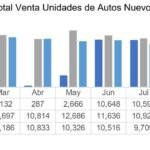 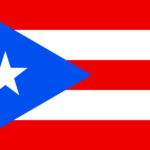 Rise in Prices, Rise in Cost of Living